International terrorism seeks to dismantle the ideals of democracy and individual freedoms. In the years following the September 11th, 2001 terror attacks, the fight against terrorism became a global phenomenon that catalyzed efforts to combat extremist groups. Reaching its peak in 2014, deaths attributed to international terrorism have declined 59% in the past 5 years thanks to the efforts of experts leading the diplomatic strategy around the globe. According to the Global Terrorism Index (GTI), “High levels of group grievance and a weak rule of law is correlated with terrorism across all countries,” showing that the continued work of character-driven leaders in International Rule of Law and Security is a necessity.

A leading national security strategist of his generation, Senator McCain championed effective and humane policies to fight terrorism at home and across the globe — work that the McCain Institute’s National Security and Counterterrorism (NCST) program continues today. Efforts are centered around the next generation of character-driven leaders in national security and partnering with local governments, law enforcement and non-government community organizations to help them identify at-risk individuals before they turn to violence. An Alternative to the Grain Crisis in the Breadbasket of Europe 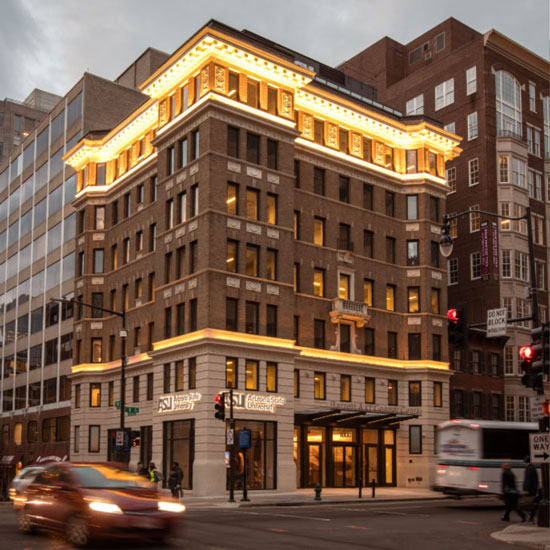 In the News: Preventing Targeted Violence

In the News: Combatting Human Trafficking

In the News: The Institute

In the News: Ukraine

McCain Institute Executive Director Tells The New York Times: We Want the Russians to Know We Are Helping Ukraine Donating directly to the National Security and Counterterrorism program will help us shape a secure future and continue to rise as a world-renowned national and international institution.
Donate Now